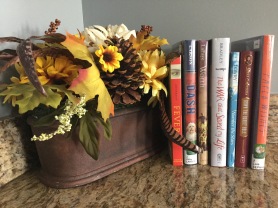 After a recent, especially helpful critique I was left with the impression I needed to mainly focus on two things. The first was moving a wrongly placed conflict. It didn’t surprise me. I had had a feeling about it myself, but justified it at the same time. The beauty of writing is the save as button. Nothing has to change forever. If I decide I like the original way better than the revised way, I can revert. But it’s always worth the try to do something that makes you a little uncomfortable, something you are not quite certain about. It may turn out to be magic.

The other big note is on world building. And admittedly, here is where I struggle. It’s historical fiction. And I’ve done A LOT of research on the time period and the events in my story.  How do I build this world of long ago without dumping all of this info onto the page? Then there’s the question of what do I do about the areas that are fuzzy?  The areas the research didn’t reveal? Do I fill in the gaps creatively or find a way around them?

My brain leads me to further research, but of a fun kind, for me. I got to reading.  Here are the seven things I’ve gleaned from the first three chapters of seven historical fictional novels. Hopefully it will lead me to build one vivid world.

The seven books I studied:

*Timeout for a plug. One of these lovely authors is the person who critiqued my first three chapters. Do yourself a favor and keep an eye on Kidlit College for opportunities to grow your craft. Ms. LaFaye empowered me to plunge back into a story that had become stale, helped me to see the good in it, and showed me where I needed to grow in a way that made me feel strengthened instead of diminished. Besides, hearing words like compelling piece and powerful story is a confidence boost that makes the baby seem a little less ugly. FYI the Novel Direct Contest is open until November 1, 2016. *

What do you think? How important is it to tell the age of your protag? Or maybe it’s better to show it.

Okay, I have six books to finish reading and an opening of a story to reshape. Lots to do. Always lots to do! 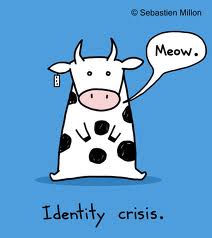 You write about what you already know, right?  But, you also write about things you want learn more about.   Admittedly, after researching this topic I may be more confused than when I started.  Let me see if I can work it out!

Goodreads has a list of 653 of the Best Children’s Historical Fiction.

The hiccup: (and something I learned in my research!)

What do you think? Agree? Disagree?

Onto documentary novel – the waters get a little more muddy for me here.

I have seen three different definitions for documentary novel.

2.  A historical fiction novel that includes articles of history within the pages.  These may include quotes, advertisements, and the like.

3.  A historical fiction novel in which the format appears like non-fiction articles.

So now that I see these definitions of documentary novel, I am wondering if that is the genre my book will fall into.  I have considered the idea of including bits from newspapers in my Chicago Fire book.  So now my question is, is that my choice or the editors?

What kind are you writing? Historical fiction or documentary novel?

Next time I will share the strategy I have been using to dissect my novel.  And boy, has it been eye opening!

I am a children's writer and presenter. This blog invites all children's writers and children who are writers to journey with me as I work to get MY FIRST BOOK PUBLISHED! Nothing fancy here. Just playing with words and trying to learn how to do it better. For my full website please visit https://suesantiago.com/

Questions you have
Thoughts about the post
What do you want to see here?

Pick Me Up Poetry
the poet's billow

a resource for moving poetry

Writing on the sidewalk

A writer-mom's life is filled with a million and two distractions; sometimes she finds herself at the park, WRITING ON THE SIDEWALK

Little Flecks of Inspiration and Creativity

Sharing Information About Writing and Illustrating for Children

Living In the Corner of a Vortex

if life doesn't make sense...write it.

Writing for Kids (While Raising Them)

Answers to Your Writing and Publishing Questions

PERHAPS THE INTERNET'S LARGEST COLLECTION OF IMAGES FROM CHICAGO'S PAST, BOTH MY TIME AND BEFORE. OLD PHOTOS, POSTCARDS, MATCHBOOKS, MENUS, AND MISCELLANEA - NOTE: NON-COMMERCIAL USE OF IMAGES IS WELCOME - PLEASE CREDIT THE SITE.

boy with a hat

writing as a way of life